Gal’s Guide specializes in stories of inspiring gals of history. Whether it’s research for our podcast Your Gal Friday or our monthly meetings, nothing is better than learning about a gal in her own words. Autobiography, memoir, or essay there is always a bit of insight to guide you in your own life.

If any of these gals’ book move you to purchase, Gal’s Guide is a supporting charity of Amazon Smile. 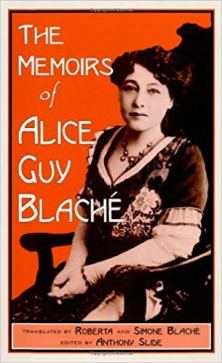 From Amazon: Provides an original, first-hand view of the potential that motion pictures offered women from the Victorian era, and how, ultimately, the industry rejected one of its first and most important pioneers.

Alice Guy Blaché was not only the world’s first female director but in 1896, she became the first of either sex to direct a fictional film. As the first director with the Gaumont Company in Paris, Alice Guy Blaché served as an influential figure in French film history, making more than 300 films, including some of the earliest sound subjects from the turn of the century. She continued her career in the United States, founding the Solax Company in 1910, and producing and directing 350 more films.

More on Alice on Gal’s Guide 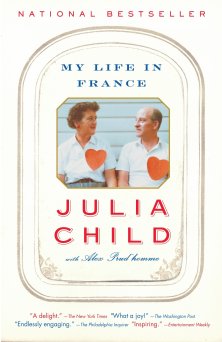 My Life in France – Julia Child

From Amazon: Although she would later singlehandedly create a new approach to American cuisine with her cookbook Mastering the Art of French Cooking and her television show The French Chef, Julia Child was not always a master chef. Indeed, when she first arrived in France in 1948 with her husband, Paul, who was to work for the USIS, she spoke no French and knew nothing about the country itself. But as she dove into French culture, buying food at local markets and taking classes at the Cordon Bleu, her life changed forever with her newfound passion for cooking and teaching. Julia’s unforgettable story—struggles with the head of the Cordon Bleu, rejections from publishers to whom she sent her now-famous cookbook, a wonderful, nearly fifty-year long marriage that took the Childs’ across the globe—unfolds with the spirit so key to Julia’s success as a chef and a writer, brilliantly capturing one of America’s most endearing personalities.

More on Julia on Gal’s Guide 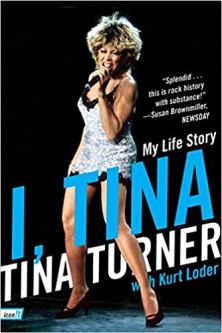 I, Tina: My Life Story

From Amazon: The dramatic and spectacular story of an American music icon—the immortal Tina Turner!

From Nutbush, Tennessee, to Hollywood stardom; from Ike’s Kings of Rhythm to onstage with Mick Jagger and the Stones; and from the lowest lows to the highest highs, Tina Turner has seen it, done it, suffered it, and survived it all. In her monumental bestseller I, Tina—the basis for the Academy Award-nominated motion picture What’s Love Got to Do with It—she tells it like it really was . . . and really is. This book is a superstar’s honest and intimate account of struggle and pain, love and abuse, glory and tragedy, and one of the greatest comebacks in music history.

More on Tina on Gal’s Guide 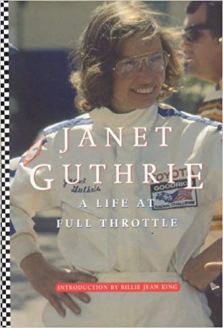 From Amazon: In this beautifully written book, Guthrie tells her story from the beginning. Nearly two decades in the making, Lady and Gentlemen capture the poignant detail of the complexity of the racing business. On a deeper level, she conveys all that she encountered along the way as a woman in the most testosterone-charged of men’s worlds.

More on Janet on Gal’s Guide 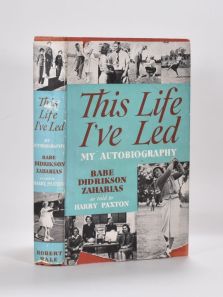 Babe is a sports icon. She’s a gal who had amazing success in golf, basketball, and track and field. But it doesn’t stop there. She also played baseball, billiards, and bowling. All these events at a time when women were discouraged to compete. ESPN ranked her in the top 10 of the most important athletes of the 20th century.

Reprinted a few times and in the public domain, this is one version of Babe’s autobiography Amazon link

More on Babe on Gal’s Guide 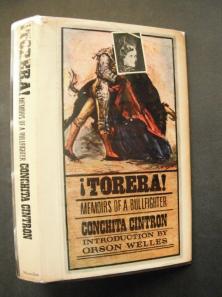 Memoirs of a Bullfighter – Conchita Cintron

Conchita defied a dictator, faced down death, and became a Goddess to all those who saw her in the ring. Bullfighting has been described over the centuries as indefensible and irresistible. Conchita writes about her life as a bullfighter. Available in English and Spanish. Conchita’s mother also wrote a biography about her daughter named: Goddess of the Bullring.

More on Conchita on Gal’s Guide

Maya Angelou – I Know Why the Caged Bird Sings

Malala Yousafzai – I am Malala

Helen Keller – The Story of My Life

Pat Benatar – Between a Rock and a Hard Place: A Memoir

The Diary of Anne Frank

Gloria Steinem – My Life on the Road

The Autobiography of Eleanor Roosevelt

What female autobiography/memoir would you recommend? Let us know in the comments.